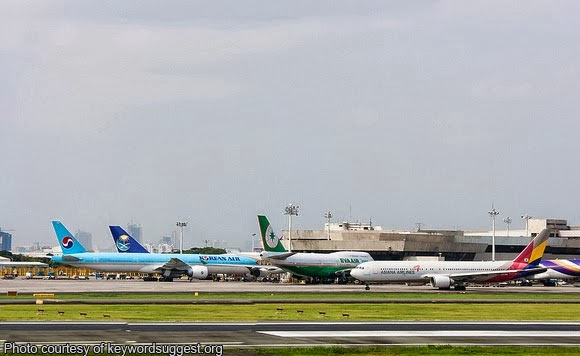 0 408
Share
Want more POLITIKO News? Get the latest newsfeed here. We publish dozens and dozens of politics-only news stories every hour. Click here to get to know more about your politiko - from trivial to crucial. it's our commitment to tell their stories. We follow your favorite POLITIKO like they are rockstars. If you are the politiko, always remember, your side is always our story. Read more. Find out more. Get the latest news here before it spreads on social media. Follow and bookmark this link. https://goo.gl/SvY8Kr

The Bureau of Immigration (BI) on Wednesday said it has formed special teams of immigration officers (IOs) to assist Association of Southeast Asian Nations (ASEAN) delegates and other foreign visitors who are expected to arrive aboard chartered or special flights in time for the event next week.

According to BI Port Operations Division Chief Marc Red Mariñas, several immigration supervisors have been dispatched to help oversee and facilitate the proper and orderly processing of the arriving foreign dignitaries and delegates.

Expected to arrive in the country next week are 21 world leaders but advanced parties and members of their delegations have already started arriving since last week.

On the other hand, BI Commissioner Jaime Morente reported that 50 IOs were deployed to international airports to augment manpower in preparation for the ASEAN Leaders Summit which will be held from November 13 to 15 in Pasay City and Pampanga.

He said that they are “ready and raring” to perform its task to conduct arrival and departure formalities for thousands of foreign delegates who would be arriving at our airports.

“It is very imperative that we have more than enough personnel manning our airports during one of the most important and momentous international gatherings in our nation’s history,” Morente said in a statement.

With this, acting Spokesman Grifton Medina said majority of those who were re-deployed to the airports were personnel assigned from various BI field offices and seaports nationwide and from the BI main office in Manila.

Medina added that some top and senior BI officials who are ready to conduct immigration formalities for the ASEAN delegates if the need arises.

Meanwhile, the BI Airport Operations Section has been instructed to monitor the attendance of immigration officers at international airports next week and ensure that all immigration counters are adequately manned. (PNA)