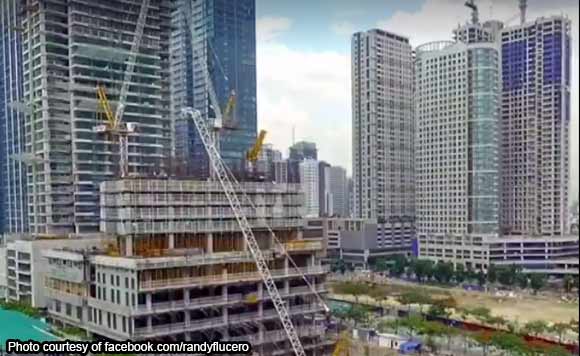 Sorry Makati but “The Fort” belongs to Taguig.

This was after the Court of Appeals (CA) reaffirmed its March decision that the 729-hectare Fort Andres Bonifacio, popularly known as “The Fort”, is owned by the Taguig City government.

In a decision penned by Associate Justice Edwin Sorongon, the CA’s Special Former Sixth Division found no basis to grant the motion for reconsideration filed by the Makati City government.

“We found nothing novel in the other arguments that were propounded in Makati’s motion for reconsideration. These were but a rehash of the issues and arguments raised in its previous pleadings which have already been passed upon and duly addressed in our March 8, 2017 resolution, and which are unsubstantial to warrant a reconsideration thereof. Hence, we find no cogent reason to modify or reverse the said resolution,” the CA said.

The Supreme Court (SC) earlier found Makati City government guilty of forum shopping when it filed simultaneous pleadings before the trial court and the CA on the same issue involving its legal dispute with Taguig City.

The high court fined the three lawyers who represented the Makati City government in the case.

The SC then granted the petition of Taguig City to cite Makati City for direct contempt for forum shopping.

In its March 8, 2017 decision, the CA declared that as a result of the SC’s ruling, it has no other recourse but to dismiss Makati City’s appeal of the Pasig RTC’s ruling declaring Taguig as the owner of The Fort.

“The issue of whether Makati committed willful and deliberate forum shopping in these cases has been finally laid to rest no less than by the Supreme Court,” the CA said.

Makati City then moved to reconsider the March 8 decision.