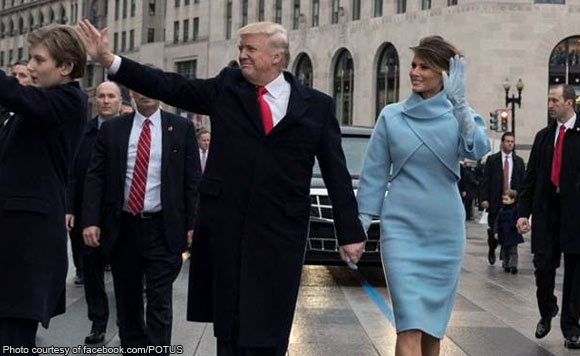 0 711
Share
Want more POLITIKO News? Get the latest newsfeed here. We publish dozens and dozens of politics-only news stories every hour. Click here to get to know more about your politiko - from trivial to crucial. it's our commitment to tell their stories. We follow your favorite POLITIKO like they are rockstars. If you are the politiko, always remember, your side is always our story. Read more. Find out more. Get the latest news here before it spreads on social media. Follow and bookmark this link. https://goo.gl/SvY8Kr

Gabriela Women’s Party expressed fear that US President Donald Trump will push for the full restoration of US military bases in the country under the guise of bases “sharing” or “agreed locations” when he visits the Philippines later this week.

Gabriela partylist Rep. Emmi de Jesus said the militarist push is very likely as Trump plays up the North Korean threat and with the Duterte regime already providing at least five agreed locations or military bases for the use of US military.

“We fear that Trump will push for heightened US militarism in the Philippines and in the ASEAN region as he obsesses with his warmongering against North Korea. This bodes ill for women and the people who have had terrible experience with US military presence in the country,” she said, citing cases of women’s rights violations committed by American troops.

“Likewise, we strongly condemn the Duterte regime for allocating P124 million in the proposed 2018 budget as counterpart for the five military bases identified as agreed locations under the Enhanced Defense Cooperation Agreement,” she added.

De Jesus said the Department of National Defense admitted during the budget hearing that the EDCA counterpart fund will be used to construct facilities for US military use in the following locations: Edwin Andrews Air Base in Zamboanga City; Camp Bautista in Palawan; Fort Magsaysay in Nueva Ecija; Basa Air Base in Pampanga; Lumbia Airport in Cagayan De Oro.

“By allowing the US military to deploy troops and hardware to the five locations, President Duterte is putting the Philippines at the core of Trump’s war ploy in the region. Filipinos should resist being pawns to the renewed US military aggression against N. Korea,” she said.