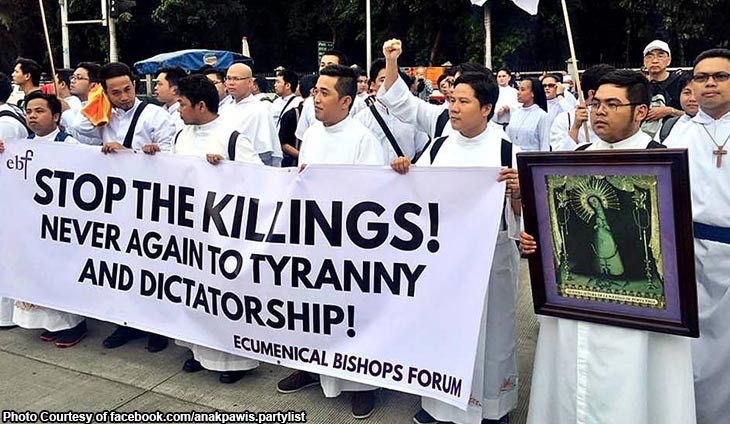 0 987
Share
Want more POLITIKO News? Get the latest newsfeed here. We publish dozens and dozens of politics-only news stories every hour. Click here to get to know more about your politiko - from trivial to crucial. it's our commitment to tell their stories. We follow your favorite POLITIKO like they are rockstars. If you are the politiko, always remember, your side is always our story. Read more. Find out more. Get the latest news here before it spreads on social media. Follow and bookmark this link. https://goo.gl/SvY8Kr

Anakpawis partylist Rep. Ariel Casilao has expressed support for the November 5 prayer rally at the Edsa Shrine for the “stop the killings, start the healing” campaign of the church sector.

The activity is led by Catholic bishops and will be joined by convenors of the Movement Against Tyranny, a broad people’s movement composed of victims of sham “war on drugs” killings, sectoral groups, human and civil rights advocates and individuals.

“We commend this activity led by the church-sector as it sustains the massive people’s resentment against Duterte’s tyrannical measures since the September 21 rally in Luneta joined by about 40,000,” Casilao said in a statement.

“From the peasant sector, there will be no let-up of protests against the killings across the country, this month, will also be the 13th anniversary of the Hacienda Luisita Massacre, and on December, thousands of farmers will be commemorating the Human Rights Day,” he said.

Casilao urged the public to join the protest to ultimately press Duterte to “end his megalomaniac tendencies and hold him accountable to the deaths of victims, majorly coming from marginalized or poor sectors.”