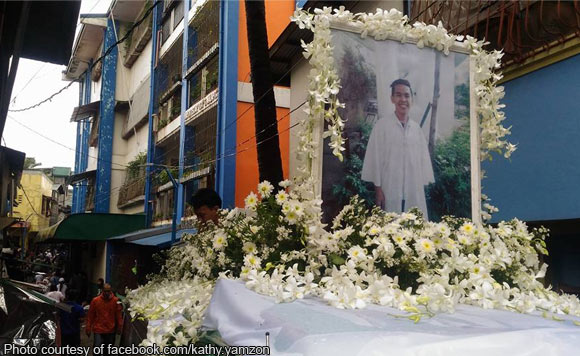 The lawyer of the policemen allegedly involved in the death of Kian Delos Santos does not know what twists in the case President Rodrigo Duterte is talking about.

“I do not have any idea tungkol sa sinasabi ng Presidente,” said their counsel, lawyer Oliver Yuan on Friday (October 27).

Recently, Duterte said there is a twist in the case but did not elaborate about it as he said to just wait for the trial.

“Iyung kay Kian na estudyante, you will know the truth, at least the version of the police, kapag mag-umpisa na ang trial,” Duterte had said.

“But it will not excuse or justify killing a person whose hands are raised, ready to surrender or kneeling down because that is really murder,” he added.

Meanwhile, the Department of Justice (DOJ) on Friday concluded its preliminary investigation on the case and hopes to release the resolution this November.