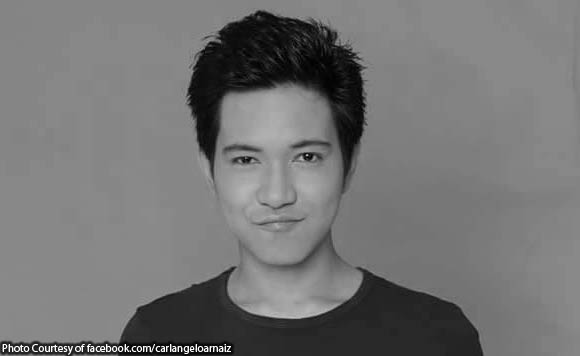 0 844
Share
Want more POLITIKO News? Get the latest newsfeed here. We publish dozens and dozens of politics-only news stories every hour. Click here to get to know more about your politiko - from trivial to crucial. it's our commitment to tell their stories. We follow your favorite POLITIKO like they are rockstars. If you are the politiko, always remember, your side is always our story. Read more. Find out more. Get the latest news here before it spreads on social media. Follow and bookmark this link. https://goo.gl/SvY8Kr

The two Caloocan policemen along with taxi driver Tomas Bagcal who were implicated in the killings of teenagers Carl Angelo Arnaiz and Reynaldo “Kulot” de Guzman last August appeared before the Department of Justice (DOJ) and filed their counter-affidavit on the case.

During the continuation of preliminary investigation, PO1 Jeffrey Perez, PO1 Ricky Arquilita and Bagcal submitted their counter-affidavits on the complaint for double murder, torture and planting of evidence under Republic Act 10591 (Comprehensive Firearms and Ammunition Regulation Act) and R.A. 9165 (Comprehensive Dangerous Drugs Act) filed against them by the parents of the victims.

In their joint counter-affidavit, Perez and Arquilita stuck to the second version of the supposed victim of Carl, cab driver Tomas Bagcal saying they were approached by Bagcal around 3:30 a.m. while conducting detective beat patrol along the stretch of C-3 Road, Caloocan.

They said Bagcal sought their help because he was robbed by his passenger. After giving a detailed description of the alleged robber, they said they proceeded to the scene of the crime which took them one to two minutes travel time.

“We saw a person whom we suspected to be what Mr. Bagcal described to us. We alighted from our motorcycle and casually walked towards the direction of that person. Mr. Bagcal who was behind us shouted that the person in front of us was the person who robbed him. We shouted to the person to stop walking while we introduced [ourselves] as policemen,” the two cops said in their joint-affidavit.

“As we covered behind the post of Meralco in the area, this person, instead of stopping, faced us, drew his gun, and started shooting us,” the two said, adding that instinct told them to fire back at the suspected robber.

“We saw this person fell down and slumped to the ground, we waited for a few seconds before we went to him, I (Perez) kicked the gun away from him and we felt that he was no longer moving,” the police officers said.

Their affidavit, however, contradicted the testimony of the eyewitness who said Carl was handcuffed and dragged out of a police vehicle around 1:30 a.m. The eye witness said Carl even shouted that he will already surrender when he was shot to death by the police officer.

The eye witness’ testimony is consistent with the forensic analysis conducted by Dr. Erwin Erfe and his team that Carl Arnaiz’ estimated time of death is 1:30 a.m. based on his wound on his right eyelid and the bluish discoloration of mouth and tongue.

The DOJ panel of prosecutors gave the complainants the opportunity to file their reply on October 23 in response to the counter-affidavits of the respondents.

If they wanted to, the respondents can still file their rejoinders on October 26 to answer the replies of the complainants.

After which, the preliminary investigation is considered submitted for resolution.

Caloocan City police claimed Arnaiz died during a shootout last August 18 when he resisted arrest and fired his handgun at chasing cops following the taxi robbery committed against Bagcal.

Arnaiz’s body was found at Ezekiel Funeral Homes weeks after he disappeared.

De Guzman’s body was fished out of a creek in Gapan, Nueva Ecija on September 5. It bore at least 28 stab wounds and its head was wrapped in packing tape and a shirt. (PNA)