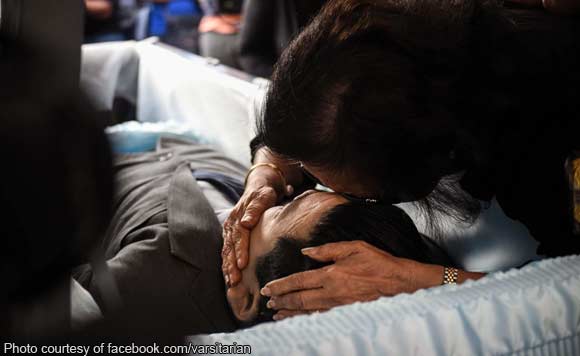 0 489
Share
Want more POLITIKO News? Get the latest newsfeed here. We publish dozens and dozens of politics-only news stories every hour. Click here to get to know more about your politiko - from trivial to crucial. it's our commitment to tell their stories. We follow your favorite POLITIKO like they are rockstars. If you are the politiko, always remember, your side is always our story. Read more. Find out more. Get the latest news here before it spreads on social media. Follow and bookmark this link. https://goo.gl/SvY8Kr

Lacson, who chairs the Senate Committee on Public Order and Dangerous Drugs, has issued subpoenas to 14 individuals including one of the main suspects Ralph Trangia.

All of the 14 personalities are among those facing charges for murder, robbery, and violation of the Anti-Hazing Law in connection with Castillo’s death.

Another suspect in Castillo’s death, John Paul Solano, already appeared in the first Senate hearing held last September 25. Solano denied involvement in the initiation rites of Castillo and has since been released from police custody.