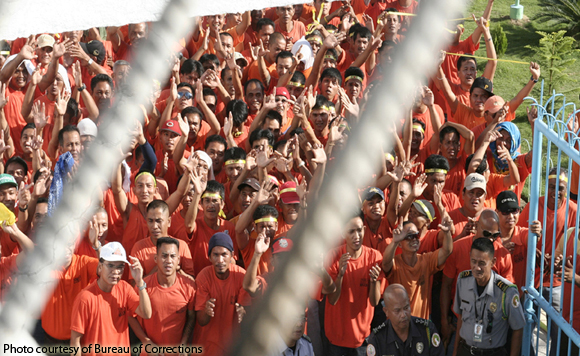 The Bureau of Jail and Management Penology (BJMP 11) wants all high risk detainees in Davao Region to be transferred at the BJMP national detention facility at Camp Bagong Diwa in Taguig City so that these prisoners could not influence other prisoners with their ideology.

“We want to avoid inmates to radicalize other detainees because there are tendencies that they instigate using their ideology,” BJMP 11 community relations service office chief Jail Insp. Edo Lobenia said.

He said these prisoners should be handled under the Special Intensive Care Are (SICA) at the BJMP national detention facility because inmates have different policy compared to the ordinary detainees.

“The escort for these detainees should not only one is to one but it should be more jail officers for every one high risk inmate,” he said.

Lobenia said that their office is trying to transport these inmates to its national facility, but there is no order yet from the Supreme Court.

“We are still waiting for the Supreme Court order because we need to secure a commitment order before transporting inmates,” he said. (Armando B. Fenequito Jr/PNA)