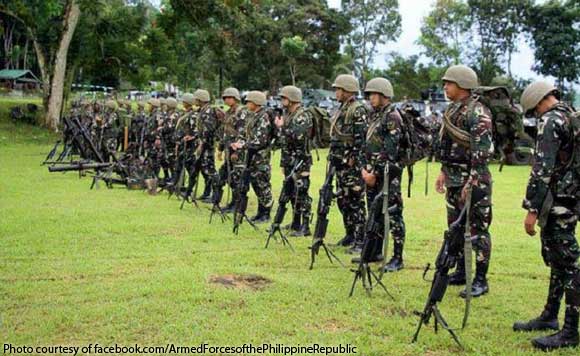 The Armed Forces of the Philippines (AFP) is ready to support the administration’s anti-illegal drug campaign regardless of who is the lead agency.

“The AFP has always been in support role to PDEA, Philippine National Police (PNP) and the National Bureau of Investigation (NBI) in any illegal drugs operations, unless we are otherwise requested to lead especially in conflict-affected areas,” AFP spokesperson Col. Edgard Arevalo said in a statement on Sunday.

Arevalo’s statement came after President Duterte striped of police of their powers to carry out anti-illegal drugs operations in the country and transfered it to the Philippine Drug Enforcement Agency (PDEA).

This includes the consecutive deaths of three minors in Caloocan City, which has been a subject of investigation by the Senate.

Prior to the President’s order, the military and PDEA have been working together in combatting illegal drugs.

In February, the two agencies signed a memorandum of agreement to strengthen anti-narcotics operations, especially in conflict-affected areas with presence of insurgency, secessionism, and terrorism.

The military also expanded its counterintelligence task force which assists law enforcement agencies in the identification, investigation, and neutralization of persons involved in illegal drugs.

The military likewise formed regional task groups which conducted a total of 6,891 operations from July 2016 to September 2017. These operations resulted in the killing of 146 drug suspects and arrest of 1,241.

Intelligence sharing between the agencies also led to neutralization of high-profile drug suspects in Mindanao.