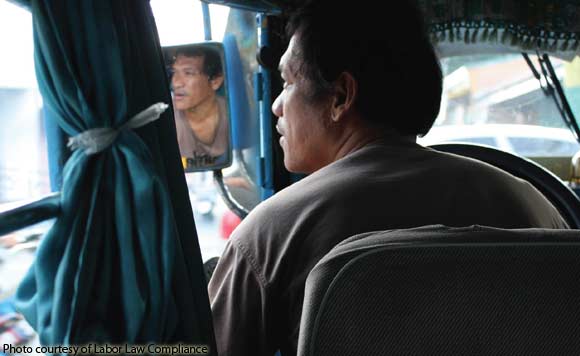 An official of the Land Transportation Franchising and Regulatory Board (LTFRB) cautioned drivers to be more mindful of their responsibilities in carpooling.

The LTFRB is seeking clarification from the Metropolitan Manila Development Authority (MMDA) on the driver’s responsibilities in the latter’s proposed carpooling scheme in Epifanio de los Santos Avenue (EDSA) as part of efforts to ease traffic congestion in Metro Manila.

“We have to talk with the MMDA on the matter regarding their carpooling scheme. There are other legal factors to consider. Let’s say in cases of accident, who will be held into account? If you do that under the law, the owner of the car should be accountable,” board member and Spokesperson Aileen Lizada told reporters Wednesday.

While the LTFRB welcomes the move as a way to reduce vehicles in EDSA as well as to save on gasoline costs, among others, there is a need to set clear guidelines on carpooling as it may be abused by operators of illegally franchised or “colorum” vehicles to operate legally, Lizada said.

Earlier, the MMDA has proposed the Modified Carpooling Policy as part of other traffic reduction measures such as two-day number coding and a proposal to turn EDSA into a highway for southbound vehicles from Caloocan to Pasay known as one way EDSA, all the way.

The carpooling scheme, which would be implemented alongside the unified vehicular volume reduction program (UVVRP) or the number coding scheme, received the most positive impact among Metro Manila mayors during the recent meeting of the agency’s policymaking body Metro Manila Council (MMC), MMDA Assistant General Manager for Planning Jojo Garcia said.

Under the proposed carpooling policy, if a vehicle has two or more passengers, it would be exempted from the number coding and can pass through EDSA anytime.

If a vehicle has a driver and passenger, the vehicle can pass EDSA but still subject to number coding. Vehicles with only a driver on board will be prohibited from traversing through EDSA anytime.

The MMDA will study and present the impact of the combined carpooling and number coding scheme to the MMC.

Once approved, the policy would be implemented on the whole stretch of EDSA from Mondays to Fridays from 7 a.m. until 8 p.m. except holidays. Heavily-tinted public and private motor vehicles will be flagged down by the MMDA traffic constables to verify the number of occupants. (PNA)