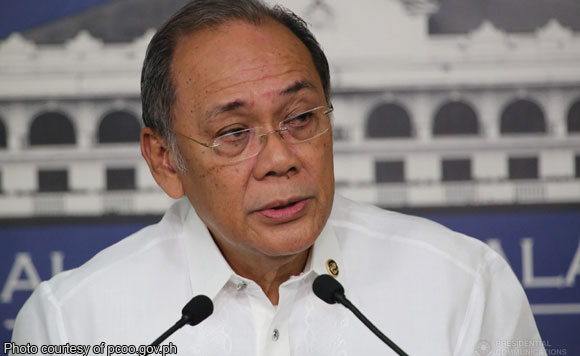 0 458
Share
Want more POLITIKO News? Get the latest newsfeed here. We publish dozens and dozens of politics-only news stories every hour. Click here to get to know more about your politiko - from trivial to crucial. it's our commitment to tell their stories. We follow your favorite POLITIKO like they are rockstars. If you are the politiko, always remember, your side is always our story. Read more. Find out more. Get the latest news here before it spreads on social media. Follow and bookmark this link. https://goo.gl/SvY8Kr

Malacañang has cautioned the Catholic Church against providing sanctuary to cops who claim to have knowledge on drug-related killings under the administration, saying they might be used by entities out to sabotage the drug war.

In a statement Friday (October 6), presidential spokesperson Ernesto Abella asked the Church to exercise “a certain objectivity to avoid being used” by opponents of the war on drugs.

“We welcome the efforts of the Church to help these rogue cops to mend their ways. However, we hope the Church exercises due diligence as there are drug protectors, kidnappers, kotong and ninja cops who want to destroy the ongoing campaign against illegal drugs,” he said.

Catholic Bishops Conference of the Philippines (CBCP) president Lingayen-Dagupan Archbishop Socrates Villegas revealed that some police officers who want to spill the beans on drug-related killings have sought the church’s protection.

Villegas said the cops were stricken by their conscience.

Based on government data, some 3,800 drug suspects have been killed since the war on drugs began in July 2016.