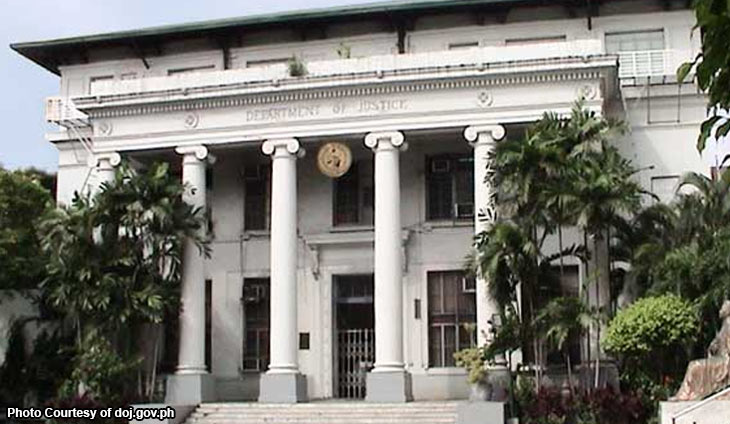 0 688
Share
Want more POLITIKO News? Get the latest newsfeed here. We publish dozens and dozens of politics-only news stories every hour. Click here to get to know more about your politiko - from trivial to crucial. it's our commitment to tell their stories. We follow your favorite POLITIKO like they are rockstars. If you are the politiko, always remember, your side is always our story. Read more. Find out more. Get the latest news here before it spreads on social media. Follow and bookmark this link. https://goo.gl/SvY8Kr

Justice Secretary Vitaliano Aguirre II along with officials and personnel of the Department of Justice (DOJ) wore black and pinned black ribbons as a sign of condemnation against the killings of government prosecutors.

“This is to express our feeling of solidarity,” said Aguirre who had a black ribbon pinned on his chest.

Aguirre made the call for the DOJ to wear black and pin black ribbons in response to the request made of by Prosecutors League of the Philippines (PLP) president Marylin Cynthia Fatima Luang to have prosecutors wear black.

The Secretary told the PLP that he “condemns the series of killings of prosecutors which is considered an attack to the justice system.”

“Prosecutors must not fear this kind of unfortunate events but must remain steadfast and strong in fulfilling their duties,” he previously stated.

Since President Rodrigo Duterte took office, there have been six prosecutors who have been reported ambushed and killed.

There were two other prosecutors who also got ambushed but managed to survive.