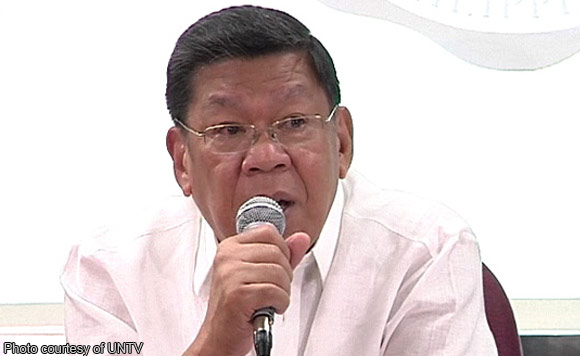 0 523
Share
Want more POLITIKO News? Get the latest newsfeed here. We publish dozens and dozens of politics-only news stories every hour. Click here to get to know more about your politiko - from trivial to crucial. it's our commitment to tell their stories. We follow your favorite POLITIKO like they are rockstars. If you are the politiko, always remember, your side is always our story. Read more. Find out more. Get the latest news here before it spreads on social media. Follow and bookmark this link. https://goo.gl/SvY8Kr

Bureau of Internal Revenue (BIR) Commissioner Caesar Dulay has withdrawn the multiple tax evasion raps amounting to P36.5 billion against cigarette maker Mighty Corporation after the firm reached a settlement with the government.

The Department of Justice (DOJ) has issued a resolution granting the motion of BIR to withdraw the complaints.

“The complaints in the instant cases are hereby deemed withdrawn,” read the resolution issued by the panel of prosecutors handling the cases,” it said.

Last September, the Japan Tobacco Inc. Bought the local cigarette firm for 936 million and part of the proceeds were used to pay for the latter’s tax liabilities.

The BIR filed the complaints before the DOJ after it was discovered Mighty Corporation had been using fake excise tax stamps following inspections of its products in its warehouses in Pampanga, Bulacan, and General Santos City.