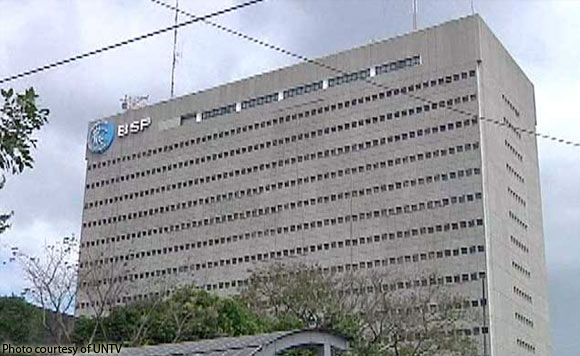 President Rodrigo Duterte has authorized officials of the Bangko Sentral ng Pilipinas to look into his bank records amid the Office of the Ombudsman’s ongoing investigation into his and his family’s wealth.

Duterte, however, said Wednesday (October 4) that he will not issue the waiver sought by Senator Antonio Trillanes IV for banks to release details of his transactions.

“Kayong mga manager ng bangko, lahat, may access diyan sa Central Bank, all you have to do is pakisilip nga kung meron. But I will not give ‘yung sabi ni Trillanes, waiver-waiver,” he told reporters in Malacanang.

Duterte said that police and military generals, as well as lawyers, can also take a peek into his bank records and confirm if his bank deposits exceed P40 million.

The President earlier said his money in bank could not go beyond P40 million.

“That is the commitment I gave to the lawyers and now I’m giving it to the people of the Republic of the Philippines. Maaasahan ninyo ‘yan,” he said.

Duterte said whatever documents Trillanes has about his supposed bank accounts cannot be used in court because these were allegedly obtained through illegal means.

Trillanes has accused the President of having billions worth of transactions in his bank accounts since he was mayor of Davao City.