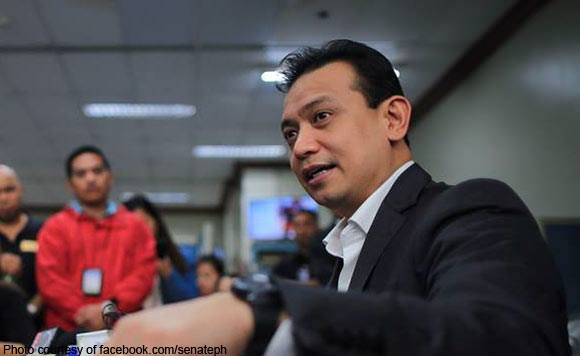 The Anti-Money Laundering Council (AMLC) is only trying to sow confusion, Sen. Antonio Trillanes IV said on its reported claims denying the submission of documents to the Office of the Ombudsman on the alleged secret bank deposits of President Duterte.

The senator lashed out at the AMLC for issuing an official statement last week disputing claims made by Overall Deputy Ombudsman Melchor Arthur Carandang on their supposed submission of documents on the alleged bank accounts of the President.

“It has neither provided the Office of the Ombudsman any report as a consequence of any investigation of subject accounts for any purpose,” the AMLC said.

The AMLC confirmed receiving last Sept. 6 Carandang’s Aug. 17 letter requesting the AMLC to initiate investigation on accounts being attributed by the senator to the President.

“We have yet to evaluate the request and the initiation of an investigation as well as the release of any report on the subject will depend on such evaluation. Suffice it to state that in the attachment to the complaint, the alleged debits and credits representing outflows and inflows of funds were added together, thus, the resulting total amounts are wrong and misleading. Meanwhile, we cannot make further comments considering the confidential nature of the matter,” the AMLC said.

Trillanes found questionable the motives of the AMLC to discuss the treatment of the “inflows and outflows of funds” when the Ombudsman made no mention about these figures.