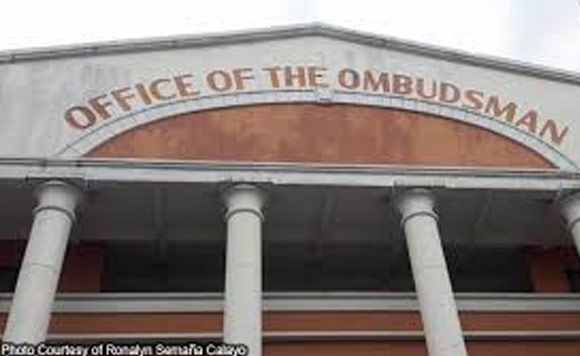 Malacañang on Tuesday said the probe initiated by the Office of the Ombudsman on the alleged wealth of the family of President Rodrigo Duterte is part of a deliberate effort to discredit the President.

In a Palace briefing, Presidential Spokesperson Ernesto Abella said this was confirmed by past statements coming from the anti-graft body that were “against the facts” and “misleading.”

“The Office of the Ombudsman was being economical with the truth when it said it had observed confidentiality in its investigation of the graft complaint against President Rodrigo Duterte,” he said.

On Monday, Overall Deputy Ombudsman Melchor Arthur Carandang said the Office of the Ombudsman is observing confidentiality on its investigation against President Duterte and his family on their alleged hidden wealth.

Ombudsman Conchita Carpio-Morales has earlier inhibited herself from cases involving the Duterte family as she is the aunt of lawyer Manases Carpio, the husband of presidential daughter Davao City Mayor Sara Duterte.

Carandang earlier said that they had received Duterte’s bank transaction records from the Anti-Money Laundering Council (AMLC) that allegedly amount to P1 billion.

On Monday, however, he claimed that he did not have the AMLC documents but he was only “reading through the documents shown to him by the media during the ambush interview, in response to media’s inquiry on the status of the complaint.”

Abella said that these all go against the facts.
He pointed out that Morales has already declared: “As to the document in its possession the Office stands by its word.”

In a statement issued on Sept. 28, the AMLC denied providing the Office of the Ombudsman with a report on the bank records of President Duterte and his family.

The bank records are supposedly what the anti-graft body used to launch a fact-finding probe against the President.

“All of these confirms, is that there is indeed a deliberate effort to discredit the President, mislead the public and to create popular outrage against the duly elected chief executive. The public’s mind seems to be being set,” Abella said.

“The Office of the Ombudsman is showing its true political colors. We must remind them that it is an independent and anti-graft body that is supposed to conduct an impartial and fair investigation,” he added.

Abella likewise warned the anti-graft body not to play into the hands of those who cannot accept the fact that the President won in the 2016 elections.

“It should not be party to a demolition job. We have seen this before. This is déjà vu,” he said.

However, Abella clarified that the Palace is not pointing an accusing finger on all personnel of the Office of the Ombudsman but only at certain individuals.

“Our point is that some people may be playing into the hands of certain political forces. There is no accusation here, we are just describing the landscape,” he said.

“The public’s mind is being set for whatever misinformation is being placed out there. Billions .. stuff like that. There’s a narrative that’s being put out. So it seems that there is a concerted effort in trying to ‘mispaint’ the actual situation,” Abella said. (PNA)