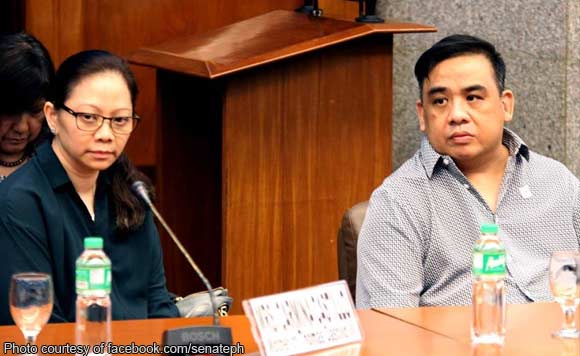 0 530
Share
Want more POLITIKO News? Get the latest newsfeed here. We publish dozens and dozens of politics-only news stories every hour. Click here to get to know more about your politiko - from trivial to crucial. it's our commitment to tell their stories. We follow your favorite POLITIKO like they are rockstars. If you are the politiko, always remember, your side is always our story. Read more. Find out more. Get the latest news here before it spreads on social media. Follow and bookmark this link. https://goo.gl/SvY8Kr

President Rodrigo Duterte is set to meet with the family of UST law student Horacio Castillo III next week.

Justice Secretary Vitaliano Aguirre said Thursday that Castillo’s parents have sought an audience with the President, which the latter willingly accepted.

“They asked me to help them get an audience with PRRD, which was granted. They will see the President on Wednesday,” Aguirre said.

Castillo’s family met with Aguirre a day after the the release of John Paul Solano, one of the suspects in the fatal hazing of Castillo.

“They wanted to thank the DOJ for the things we are doing to help solve the case,” the DOJ chief said.

The DOJ has ordered the National Bureau of Investigation (NBI) to conduct an investigation and do a case build-up on the death the freshman law student.