From SBMA to DILG: Martin Diño is now DILG’s usec for barangay affairs 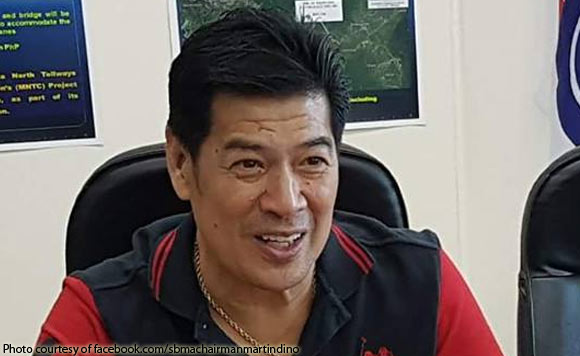 After losing his post at the Subic Bay Metropolitan Authority (SBMA), Martin Diño has been appointed to become the Undersecretary for Barangay Affairs of the Department of Interior and Local Government (DILG).

In an interview with Diño Wednesday, he said that he already accepted the post offered to him by President Rodrigo Duterte.

Diño admitted that he was upset when he was not informed that he would be booted out from SBMA.

Malacañang announced Tuesday the appointment of Wilma Eisma as the chairman and administrator of SBMA following the issuance of Executive Order 42, which repealed EO 340, issued by former President Gloria Arroyo allowing the President to separately appoint the two highest positions in the agency.

Airing his gripes, Diño accused Eisma of being a “diliwan” for working as chief of staff of Mar Roxas, when the latter was the secretary of the Department of Trade and Industry.