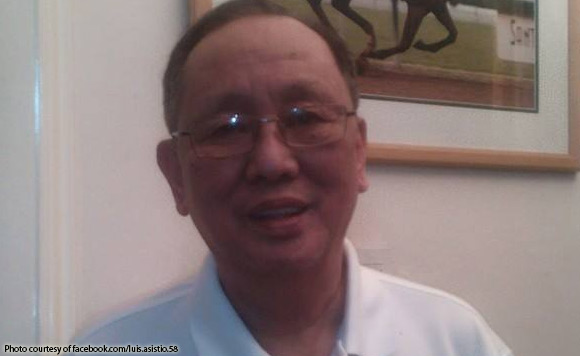 The Office of the Ombudsman has issued a resolution which declared that probable cause has been found to charge Asistio with four counts of graft, two counts of malversation, and malversation through falsification of public documents.

Records showed that from 2006 to 2007 a total of P15 million was taken from his PDAF during his term and released to the DSWD as implementing agency of his Comprehensive Integrated Delivery of Social Services (CIDSS) programs.

However, the Ombudsman discovered in its investigation KACI’s incorporators and officers are the congressman’s former political coordinators, volunteers and supporters and that its office was located on the same property as Asistio’s office.

Also, the Commission on Audit (COA) found that the selection of the NGO was not compliant with COA Circular No. 2007-001 and Government Procurement Policy Board Resolution No. 12-2007; the suppliers and reported beneficiaries were unknown or cannot be located at their given addresses; and the NGO submitted questionable documents or failed to liquidate or fully document the utilization of funds.

The Ombudsman also uncovered the alleged supplier, Silver A Enterprises, is a bogus entity with no records from the local government, Department of Trade and Industry (DTI), or with the Bureau of Internal Revenue (BIR).

Ombudsman Conchita Carpio Morales said in the resolution “the misappropriation of the PDAF allotted to Asistio was coursed through a scheme he conceived involving various projects and forms of assistance in his district supposed to have funded by his PDAF, which projects turned out to be non-existent or ghost.”

“The funds were instead diverted to his possession and control, through KACI, an NGO that is not financially capable to implement the livelihood projects,” she stated.