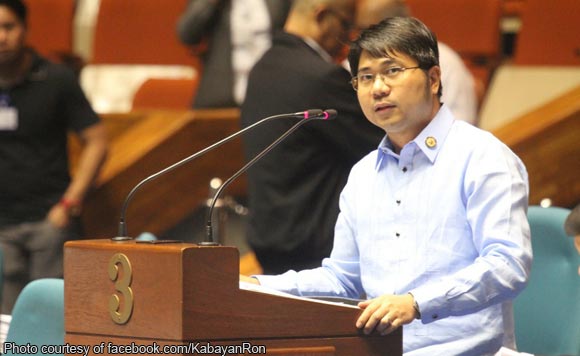 0 29,537
Share
Want more POLITIKO News? Get the latest newsfeed here. We publish dozens and dozens of politics-only news stories every hour. Click here to get to know more about your politiko - from trivial to crucial. it's our commitment to tell their stories. We follow your favorite POLITIKO like they are rockstars. If you are the politiko, always remember, your side is always our story. Read more. Find out more. Get the latest news here before it spreads on social media. Follow and bookmark this link. https://goo.gl/SvY8Kr

Kabayan partylist Rep. Ron P. Salo has filed a bill seeking to regularize the payment of salaries for barangay officials including barangay captains.

Under House Bill No. 6033 or the Barangay Officials Salary and Benefits Act, barangay officials shall be given higher pay regularly.

In 1996, the Department of Budget and Management addressed this by fixing the compensation of barangay captains at Salary Grade 14 and for the rest, Salary Grade 10.

“Payments at these new rates, however, are subject to the availability of funds of the LGU concerned. As such, their compensation is subject to the whims and caprices of those in power,” Salo said.

When HB 6033 becomes a law, all barangay officials shall be entitled to the following fixed regular salaries: