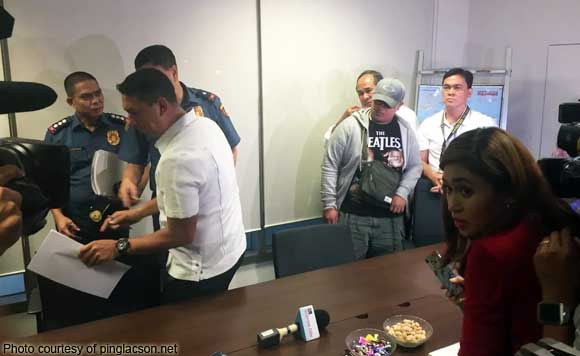 The suspect in the fatal hazing of UST freshman law student Horacio “Atio” Castillo III is now in detention.

This was confirmed by Manila Police District (MPD) spokesman Chief Inspector Erwin Margarejo on Saturday saying that John Paul Solano has already been detained at MPD.

Solano surrendered to Senator Panfilo Lacson last Friday claiming that he was innocent and he even tried to save Castillo by giving him CPR and bringing him to the hospital when he failed to revive him.

Solano has yet to issue his offical affidavit after admitting that he lied about what happened to Castillo during his first interview.

He previously said that he found Castillo’s body dumped in Tondo and brought him to Chinese General Hospital.

Solano also denied that he was present at the hazing rites of Castillo.

Meanwhile, another suspect in the death of Castillo, Ralph Cabales Trangia, was reportedly not in Taiwan but in the United States.

In an official statement issued by Taipei Economic and Cultural Office (TECO), it said that Trangia only passed through Taiwan on a transit flight last Tuesday and then immediately flew to Chicago, USA.

“This is to clarify that, after checking our relevant records, (Trangia) did not enter Taiwan,” the statement read.

“Mr. Trangia left Manila on Sept. 19 by BR 262, transited in Taoyuan Airport and connected (via) BR56 flight for the United States on the same day,” it added referring to an Eva Air flight.