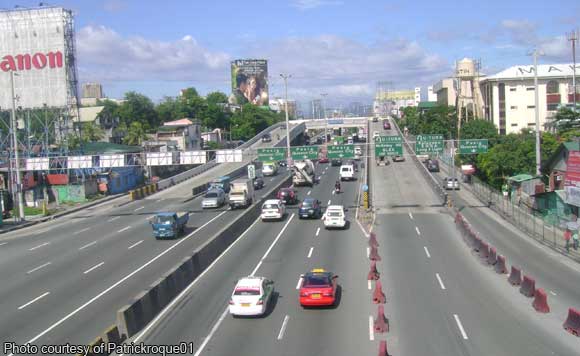 The Metropolitan Manila Development Authority (MMDA) has signed a Memorandum of Agreement (MOA) with the Quezon City local government Tuesday for the opening of the Kalayaan Lanes.

“We are very thankful to the Quezon City LGU (local government unit) for extending their support to ease traffic. We are asking the public to use these alternate routes for their own convenience,” Lim said in a statement.

The following roads were identified as part of the Kalayaan Lanes for private vehicles:

Under the MOA, MMDA will identify the Kalayaan Lanes within the jurisdiction of Quezon City, deploy its personnel for traffic enforcement, coordinate with the LGU and government agencies such as the Land Transportation Office (LTO), Land Transportation Franchising and Regulatory Board (LTFRB), and Philippine National Police (PNP) for its implementation.

For its part, the Quezon City barangays will clear road obstructions and illegally parked vehicles in affected roads, provide their barangay peacekeeping security officers (BPSO) and traffic aides to assist in traffic management, install signages to guide motorists that will utilize the Kalayaan Lanes and enact barangay ordinances for its effective implementation.

The Quezon City government will support the MMDA and the barangays by providing additional signages and enacting ordinances, assist in traffic management by providing for traffic enforcers from the Department of Public Order and Safety (DPOS), coordinate with homeowners association and different barangays for the implementation and conduct a public information campaign about the Kalayaan Lanes. (PNA)