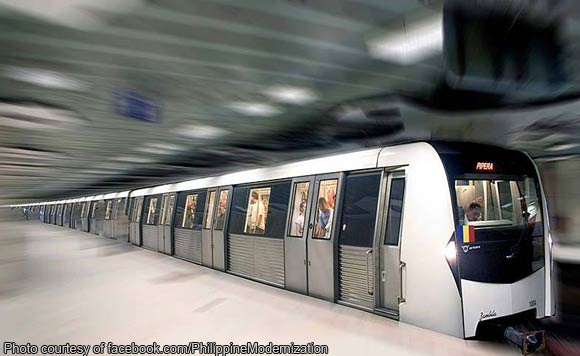 According to a statement from the NEDA, the MMSP I will run from Mindanao Avenue in Quezon City and will terminate at the Ninoy Aquino International Airport (NAIA) in Paranaque City.

The project, which is estimated at around ₱355.6 billion. involves the construction of a 28-hectare training center and depot, as well as and other related facilities.

The implementation period of the project is projected to start in 2018 to mid-2025.

“The first phase of the MMSP will not only ease traffic in Metro Manila but also improve the quality of life of Filipinos. For one, carbon emissions will be reduced. And, with greater mobility, people can spend more time on things that matter to them,” Socioeconomic Planning Secretary Ernesto M. Pernia said in a statement.

Moreover, ICC-CC likewise approved the proposal of the Bases Conversion and Development Authority (BCDA) to adopt the Build-Transfer (BT) scheme under the Amended BOT Law, as mode of implementation for the construction of the Clark International Airport facility.

The said project involves the construction of an 82,600-square-meter terminal building, with a design capacity of 8 million passengers per year.

As earlier approved by the ICC in May , the Clark International Airport Expansion Project has an estimated total project cost of PhP15.35 billion, with P2.8 billion sourced from the DOTr budget for pre-construction activities, while the remaining investment requirement of P12.55 billion will be provided by the BCDA.

The project includes the development of new service area and rehabilitation of the Lower Agno River Irrigation System, with a combined total of 12,650 hectares service area.

“We want to improve our farmers’ quality of life by providing them access to irrigation and financing. This will increase their productivity, output, and income,” Pernia said.