PDEA drug busts by the numbers 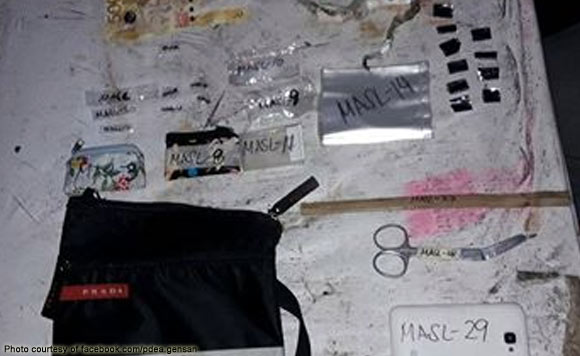 A total of 170 drug dens and clandestine shabu laboratories have so far been dismantled by authorities.

In its monthly update on “#RealNumbers,” the Philippine Drug Enforcement Agency (PDEA) on Friday announced that 161 drug dens and nine clandestine shabu laboratories have been destroyed. The period covered is from June 2016 to August 2017.

Over the same period, some P18.63 billion worth of illegal drugs were seized from these operations.

Included in the total are 376 government workers — 167 of them elected officials, 33 uniformed personnel, and 176 government employees.

Around 70,854 anti-illegal drugs operations by joint law enforcement agencies were conducted during the period.

As of Aug. 29, 2017, the consolidated report showed that 3,811 drug suspects have died during operations.

Meanwhile, 289 law enforcers were either killed or injured in anti-drug operations — 76 were killed in action and at least 213 officers were reported injured.

Aside from PDEA, the agencies involved in the fight against illegal drugs include the Philippine National Police (PNP), Department of Interior and Local Government (DILG), National Bureau of Investigation (NBI), and the Bureau of Customs (BOC), among others.

According to the Department of Social and Welfare Development (DSWD), the rescued minors were turned over to Bahay Pagasa centers of local government units (LGUs) after court proceedings after which they were handed over to DSWD for counseling and reformation for their eventual return to mainstream society.

Since they are minors, DSWD said they should not be put in prison together with hardened criminals. (PNA) 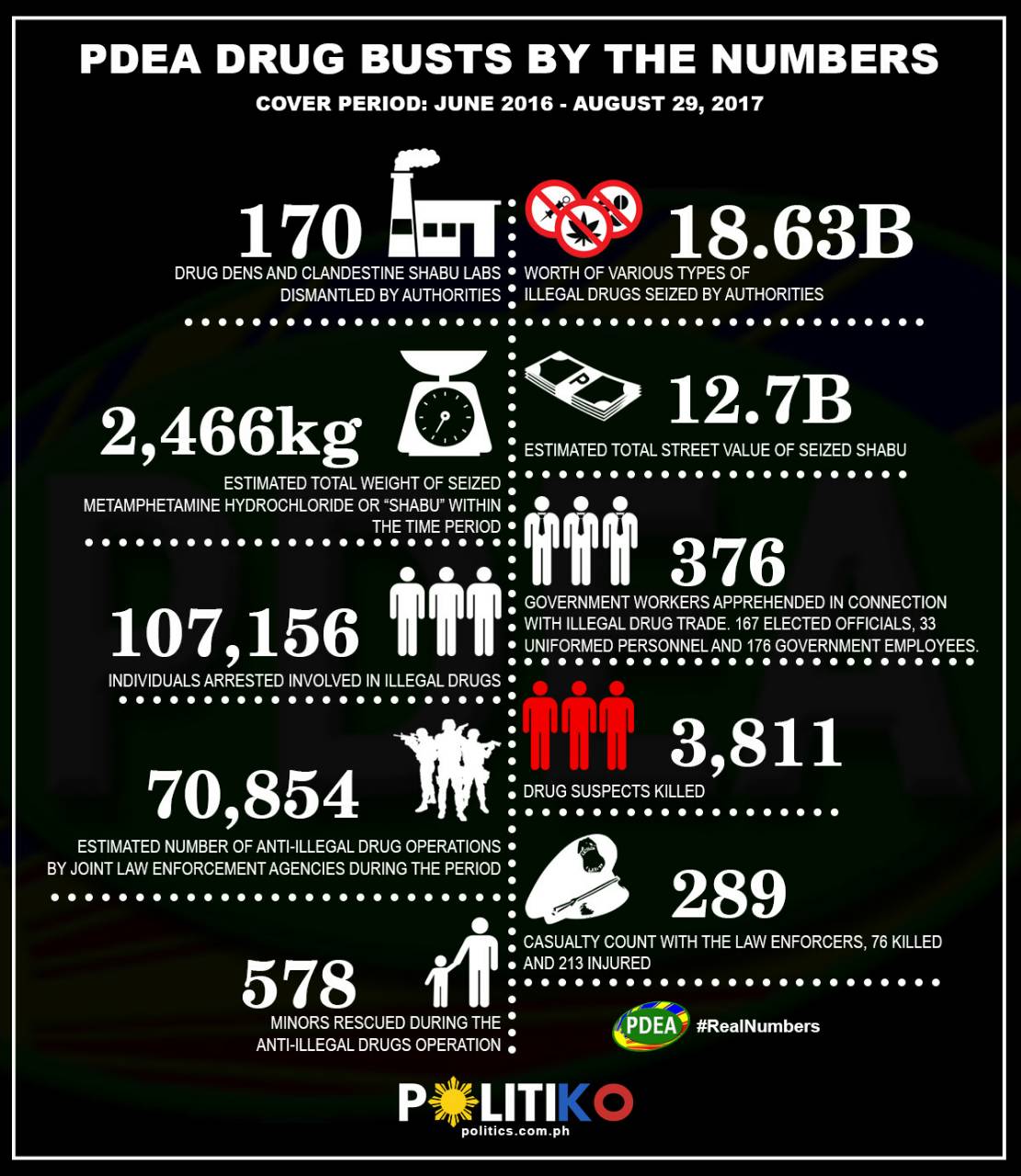