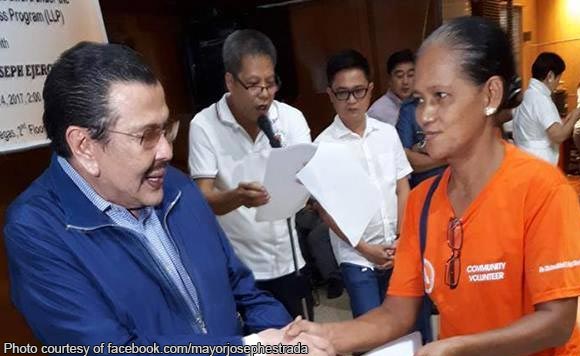 After 38 years of waiting, residents of a small community in Malate, Manila will finally get to have their own land through the efforts of Mayor Joseph “Erap” Estrada.

Estrada has secured a purchase deal with the owners of a 2,060-square meter private property in the area that the city government will then distribute to its long-time present occupants under the Land-for-the-Landless Program (LLP).

“As I have promised during my inaugural speech when I was elected President, housing program for the poor families is one of my top priorities. And now that I am the mayor of Manila, I’ve been fulfilling that promise,” the Manila mayor said.

Since being elected in 2013, Estrada, through LLP, has awarded 165 homelots in the city’s six districts.

LLP is based on City Tenants and Security Committee Resolution No. 16-A and Republic Act 409, or the Revised Charter of the City of Manila. Through expropriation, the city government buys private properties that are then distributed to qualified applicants.

Estrada said that once the property is subdivided, qualified family beneficiaries will eventually be named and awarded their homelots within the property.

The Adela Tuason property was represented by Quisumbing Torres law firm which was named administrator of the estate located along Munoz Street, Singalong, Malate.