DOTr still undecided on where to put provincial bus gateways 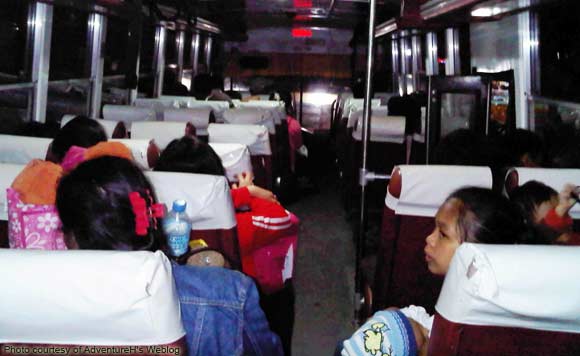 The Department of Transportation (DOTr) is fast tracking the construction of integrated provincial bus terminals to decongest traffic in Metro Manila particularly along Epifanio De los Santos Avenue from Caloocan and Pasay City.

“We are now fast-tracking the decision to choose from among 11 sites where the permanent terminals will be,” he said.

He made the statement after Quezon City Mayor Herbert Bautista called on DOTr and MMDA to speed up the opening of an integrated bus terminal in the northern metropolis to ease traffic congestion by reducing the number of provincial buses plying Metro Manila roads.

The DOTr has identified the location of Southwest Integrated Terminal Exchange (SWITEX) in Paranaque City for commuters coming from southern provinces such as Cavite, Laguna, Batangas and Quezon.

The facility will connect passengers coming from the Cavite side to other transport systems such as the future LRT Line 1 South Extension, city bus, taxi, and other public utility vehicles that are serving inner Metro Manila.

It will include passenger terminal buildings, arrival and departure bays, public information systems, ticketing and baggage handling facilities, and park-ride facilities. The SWITEx is expected to be completed and operational by April 2018.

Transportation officials have visited and inspected the BF City bus terminal in Marikina City that will cater to passengers going to and from eastern Metro Manila and nearby municipalities in the province of Rizal.