Bumawi! Bistek calls off classes early due to bad weather 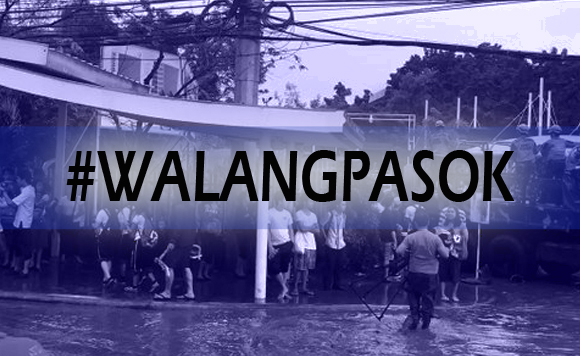 0 521
Share
Want more POLITIKO News? Get the latest newsfeed here. We publish dozens and dozens of politics-only news stories every hour. Click here to get to know more about your politiko - from trivial to crucial. it's our commitment to tell their stories. We follow your favorite POLITIKO like they are rockstars. If you are the politiko, always remember, your side is always our story. Read more. Find out more. Get the latest news here before it spreads on social media. Follow and bookmark this link. https://goo.gl/SvY8Kr

After being criticized for his “inaction” less than a month ago, Quezon City Mayor Herbert Bautista lost no time announcing the suspension of classes due to bad weather on Tuesday.

Bautista made the announcement in radio interviews shortly after 4 a.m., where he said the suspension covered classes in all levels, in both public and private schools.

The Manila city government also called off classes early, announcing before 5 a.m. that classes in all levels were suspended for the day.

Last July 27, Bautista was flooded with criticism after the city government decided not to suspend classes for the day despite heavy rain. At the time, he was in Japan.