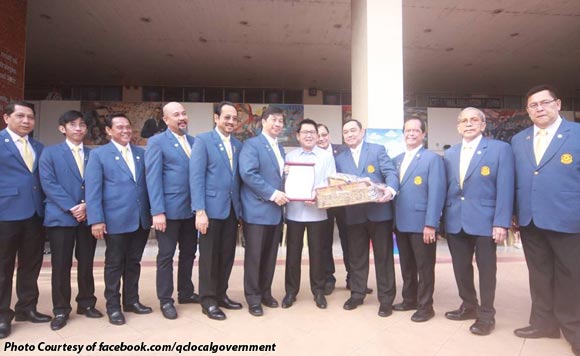 The Quezon City government teamed up with the Rotary Club District 3780 to bolster the city’s disaster risk reduction management.

Mayor Herbert Bautista signed a Memorandum of Agreement with the Rotary Club District 3780, which designated the latter as the primary Civil Society Organization (CSO) to assist and respond in times of disaster.

Under the agreement, the Rotary Club District 3780 will immediately respond to calls for rescue operations during calamities, provide the local government logistical support, assist in relief goods provision, and closely coordinate with the Quezon City government in every effort to reduce risk to people during disasters.

Bautista said that the agreement is an “important milestone” in the city’s Disaster Risk Reduction and Management.

Furthermore, Mayor Bautista mentioned that the earthquake that was felt last Friday is no longer a drill and the skills earned from seminars and trainings must be applied.

Bautista added that the partnership highlighted the contribution of outstanding institutional civic organizations in social services in the city.