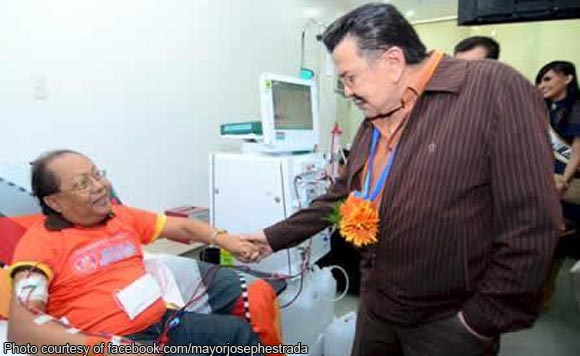 0 691
Share
Want more POLITIKO News? Get the latest newsfeed here. We publish dozens and dozens of politics-only news stories every hour. Click here to get to know more about your politiko - from trivial to crucial. it's our commitment to tell their stories. We follow your favorite POLITIKO like they are rockstars. If you are the politiko, always remember, your side is always our story. Read more. Find out more. Get the latest news here before it spreads on social media. Follow and bookmark this link. https://goo.gl/SvY8Kr

With lung illnesses still one of the top killer diseases in the country, Estrada said the new pulmonary program is timely as COPD prevalence in the country remains significantly higher compared to the rest of the world, with one in five Filipinos afflicted with the life-threatening disease.

“COPD is fatal, especially if left undetected and untreated,” the Manila mayor said, “so I opted to put up a specialized service at the Ospital ng Tondo to provide free and quality treatment to poor Manileños.”

COPD is an umbrella term used to describe progressive lung diseases including emphysema, chronic bronchitis, refractory (non-reversible) asthma, and some forms of bronchiectasis. This disease is characterized by increasing breathlessness.

Citing latest figures from the Philippine Council for Health Research and Development (PCHRD), Cando said 14 percent of Metro Manila’s population suffer from this debilitating illness, which is on the “high side” considering that the COPD prevalence rate in other countries is only about 10 percent.