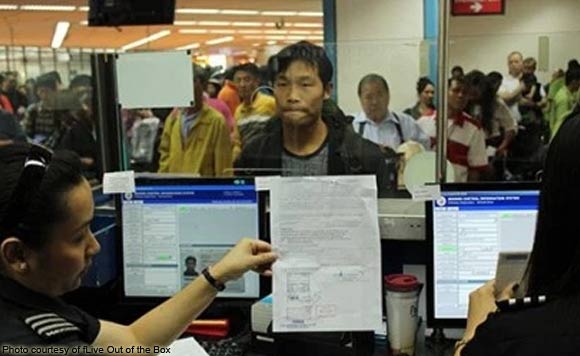 0 636
Share
Want more POLITIKO News? Get the latest newsfeed here. We publish dozens and dozens of politics-only news stories every hour. Click here to get to know more about your politiko - from trivial to crucial. it's our commitment to tell their stories. We follow your favorite POLITIKO like they are rockstars. If you are the politiko, always remember, your side is always our story. Read more. Find out more. Get the latest news here before it spreads on social media. Follow and bookmark this link. https://goo.gl/SvY8Kr

The Bureau of Immigration (BI) has deployed additional immigration officers to international ports outside of Metro Manila in a bid to prevent the entry of foreign terrorists and other undesirable aliens in the provinces.

With this, BI Commissioner Jaime Morente has issued personnel orders directing immigration officers to report for duty in the other international ports nationwide.

They will be reassigned in airports in Mactan-Cebu, Davao, Iloilo, Kalibo, and the international seaport in Zamboanga City.

He noted that the BI could now afford to disperse its personnel to the provinces as the bureau continues to expedite the recruitment of immigration officers.

“We are still in the process of selecting qualified applicants to hundreds of vacant positions for immigration officers,” he said in a statement, noting that those who have been hired were now manning immigration booths in the three terminals of the Ninoy Aquino International Airport (NAIA).

Morente said this was aimed at augmenting the number of BI personnel assigned in the ports whose primary function is to process and screen arriving and departing foreign and local travelers.

“As more and more immigration officers are hired in the next few months, there will be more who will be reassigned and deployed to the provinces to beef up our manpower in ports where we used to have a negligible presence,” Marinas added.

He said they were close to meeting the ideal number of immigration officers who should be stationed at the NAIA, thus paving the way for the deployment of more personnel to other ports. (PNA)