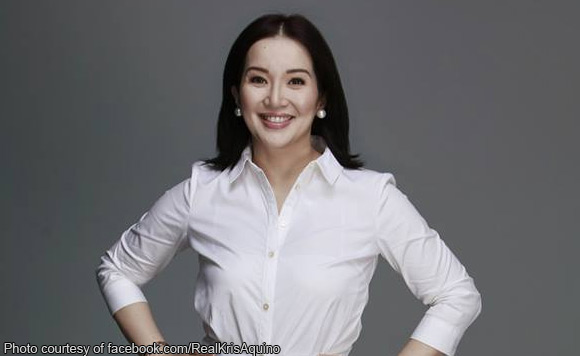 0 601
Share
Want more POLITIKO News? Get the latest newsfeed here. We publish dozens and dozens of politics-only news stories every hour. Click here to get to know more about your politiko - from trivial to crucial. it's our commitment to tell their stories. We follow your favorite POLITIKO like they are rockstars. If you are the politiko, always remember, your side is always our story. Read more. Find out more. Get the latest news here before it spreads on social media. Follow and bookmark this link. https://goo.gl/SvY8Kr

Kris Aquino may be open to entering politics, but she doesn’t see herself running for any post in Quezon City, the so-called “City of Stars.”

Facing reporters on July 28 at her launch as the video streaming service Iflix’s ambassador, Aquino said running in Quezon City “will open too many wounds.”

“I will open too many wounds in Quezon City. One, romantic wounds. Huwag na tayong maglokohan lahat!” she exclaimed.

Quezon City Mayor Herbert Bautista and Aquino had a romantic relationship. They are still rumored to be dating in recent months, though neither of them has confirmed it.

Aquino also cited her family’s long-standing friendship with the Belmontes as another reason why she doesn’t see herself starting a political career in their turf.

Rumors swirled that Aquino will challenge Quezon City Vice Mayor Joy Belmonte for the mayoralty post in the 2019 elections, but the actress denied it.

Aquino even gave Belmonte her support for her political plans.

“She deserves it, kasi naghintay siya, and everybody has their time. So I know na if it’s Quezon City, 2019 is Joy’s time,” she said.