Ceasefire muna! Erap calls on public to support Duterte ‘all the way’ 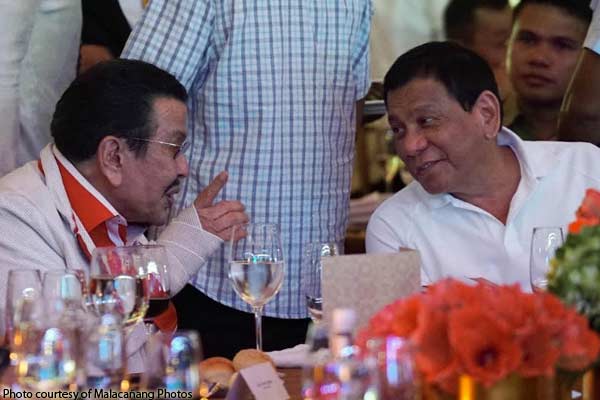 0 673
Share
Want more POLITIKO News? Get the latest newsfeed here. We publish dozens and dozens of politics-only news stories every hour. Click here to get to know more about your politiko - from trivial to crucial. it's our commitment to tell their stories. We follow your favorite POLITIKO like they are rockstars. If you are the politiko, always remember, your side is always our story. Read more. Find out more. Get the latest news here before it spreads on social media. Follow and bookmark this link. https://goo.gl/SvY8Kr

Manila Mayor Joseph “Erap” Estrada has called on the public to support President Rodrigo Duterte amid the government’s battle against Islamic militants in Marawi City and the communist rebels attacking government forces,

The former president said the President now has his hands full fighting various security threats, adding he needs the “solid support of every Filipino.”

“We have to be one. Let’s support the President and all his policies. As president of the republic, we must support him all the way,” Estrada said.

He said Duterte is doing all he can to resolve the problem, now exacerbated by the series of attacks launched by the New People’s Army (NPA) against government forces.

“The more reason we have to rally behind the President,” he said, citing the NPA’s renewed offensives against the government such as the ambush and killing of six policemen and a civilian in Guihulngan City, Negros Occidental last Friday.