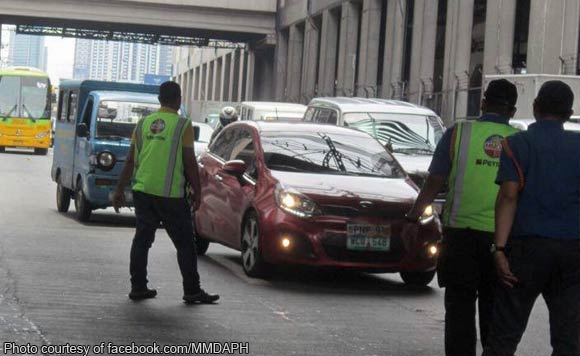 0 754
Share
Want more POLITIKO News? Get the latest newsfeed here. We publish dozens and dozens of politics-only news stories every hour. Click here to get to know more about your politiko - from trivial to crucial. it's our commitment to tell their stories. We follow your favorite POLITIKO like they are rockstars. If you are the politiko, always remember, your side is always our story. Read more. Find out more. Get the latest news here before it spreads on social media. Follow and bookmark this link. https://goo.gl/SvY8Kr

The Metropolitan Manila Development Authority (MMDA) on Friday announced its traffic rerouting plan for motorists along the roads of the Batasang Pambansa complex in Quezon City for the 2nd State of the Nation Address (SONA) of President Rodrigo Duterte on Monday, July 24.

From 3:00 a.m., the stretch of Commonwealth Avenue from Ever Gotesco to St. Peter Church (northbound) will be closed to traffic.

MMDA chairman Denilo Lim has advised motorists to avoid the affected areas and take the following alternate routes to avoid any inconvenience:

1. From Commonwealth Avenue (west bound) are advised to turn right at Fairlane, Right at Dalia, then left at Chestnut then straight to Sauyo Road to Mindanao Avenue to the destination (vice versa).

The MMDA will also deploy thousands of personnel composed of teams from the Traffic Discipline Office, Road Emergency Group, and Sidewalk Clearing Operations Group to manage both vehicular and pedestrian traffic and support the operations of the National Capital Region Police Office (NCRPO) and the Quezon City Police District.