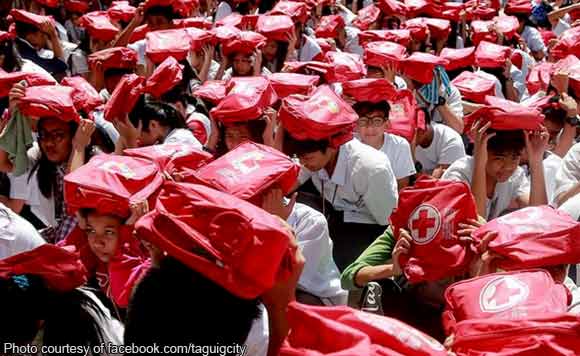 0 840
Share
Want more POLITIKO News? Get the latest newsfeed here. We publish dozens and dozens of politics-only news stories every hour. Click here to get to know more about your politiko - from trivial to crucial. it's our commitment to tell their stories. We follow your favorite POLITIKO like they are rockstars. If you are the politiko, always remember, your side is always our story. Read more. Find out more. Get the latest news here before it spreads on social media. Follow and bookmark this link. https://goo.gl/SvY8Kr

The local government of Taguig has laid down the necessary preparations for the upcoming 3rd Metro Manila Shake Drill to enhance disaster response in the event of a powerful quake.

“We take these mock drills seriously because we believe that the key to survival involves inculcating and understanding the culture of preparedness and awareness against natural disasters in our community,” said Taguig City Mayor Lani Cayetano on Thursday.

The drill will take the start at exactly 4 p.m. on July 14 with sounds of a fire alarm and synchronized sirens as signals. This is the third time that the City of Taguig has participated in the Metro Manila Shake Drill.

Cayetano also noted that these kinds of activities enable the entire community to put into practice the city’s already-existing disaster contingency plans.

She said 12 barangays have already been tasked to simultaneously create varying emergency scenarios during the first day of the four-day drill.

The succeeding days will see simulations in the four quadrants in Metro Manila set by the Metropolitan Manila Development Authority (MMDA) under its earthquake contingency plan aiming for faster response.