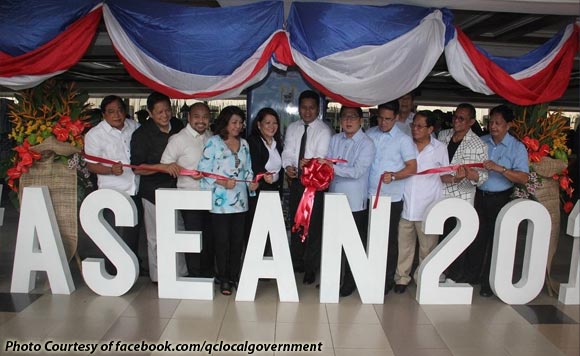 0 729
Share
Want more POLITIKO News? Get the latest newsfeed here. We publish dozens and dozens of politics-only news stories every hour. Click here to get to know more about your politiko - from trivial to crucial. it's our commitment to tell their stories. We follow your favorite POLITIKO like they are rockstars. If you are the politiko, always remember, your side is always our story. Read more. Find out more. Get the latest news here before it spreads on social media. Follow and bookmark this link. https://goo.gl/SvY8Kr

Quezon City Mayor Herbert M. Bautista on Monday led the opening of the Association of Southeast Asian Nations (ASEAN) information kiosk and landmarks exhibit at the lobby of the Quezon City Hall.

The exhibit, organized by the Philippine Information Agency (PIA), is part of the Golden Anniversary celebration of the ASEAN.

ASEAN, formed in 1967, is a regional intergovernmental organization comprising 10 Southeast Asian states. ASEAN has been establishing itself as a platform for integration and cooperation. The Philippines is a founding member of ASEAN.

Aside from the launching of the ASEAN info kiosk and landmarks exhibit, the Department of Trade and Industry (DTI) also rolled out a Diskwento Caravan, while the Technical Education and Skills Development Authority (TESDA) set up a booth that offers free massage and cooking demonstration.