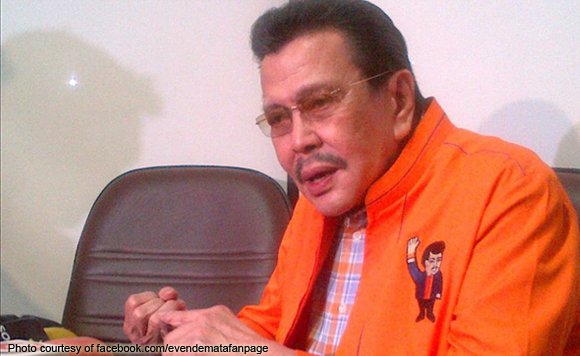 0 474
Share
Want more POLITIKO News? Get the latest newsfeed here. We publish dozens and dozens of politics-only news stories every hour. Click here to get to know more about your politiko - from trivial to crucial. it's our commitment to tell their stories. We follow your favorite POLITIKO like they are rockstars. If you are the politiko, always remember, your side is always our story. Read more. Find out more. Get the latest news here before it spreads on social media. Follow and bookmark this link. https://goo.gl/SvY8Kr

Manila Mayor Joseph Estrada has threatened to fire barangay officials if they would not cut suspected ties with drug lords in the country.

Estrada issued the stern warning as the investigation and surveillance of barangay heads suspected of involvement in drugs is nearing completion.

The former president said the Manila Police District (MPD) is presently preparing the charges against these unscrupulous barangay chairmen, who are either in the payola of drug syndicates or directly involved in drug trade.

Last May, the mayor disclosed that 32 barangay officials in Manila, from chairmen to kagawad, are currently in the drug watch list provided by the local police.