Will it be Kris Aquino vs. Joy Belmonte in QC mayoralty race? Here’s the real score 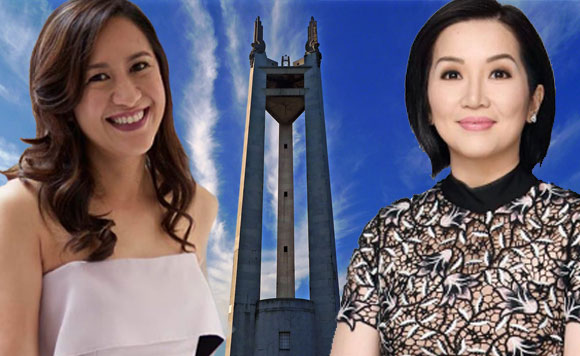 Rumors have swirled that Quezon City Vice Mayor Joy Belmonte will face off against Kris Aquino in the mayoralty race in the city in 2019.

Belmonte said there was no truth to the rumors, citing information she got from Aquino herself.

Speculation on Aquino’s possible run may have been fueled by the talk that she and Quezon City Mayor Herbert Bautista have gotten back together.

While Belmonte was mum on the real score between the two (former?) lovers, she said she was confident of getting Bautista’s support in the next local elections.

“I’m sure he will support me kapag ako na yung tumakbo sa pagka-mayor,” the Vice Mayor said, recalling how her father, Quezon City Rep. Feliciano “Sonny” Belmonte Jr. had asked possible opponents of Bautista in the past to not run against him so he can handily win the elections.