CA has the last say! Wes Gatchalian tells off Anakpawis solon for meddling in Taguiwalo’s confirmation 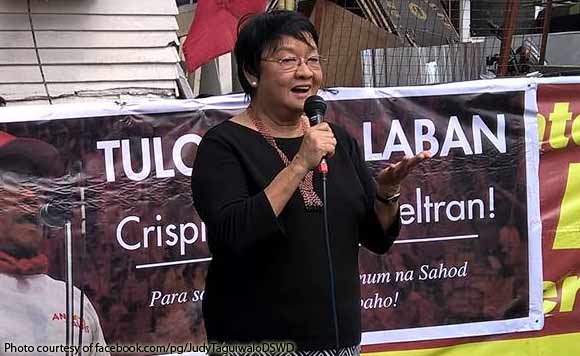 0 421
Share
Want more POLITIKO News? Get the latest newsfeed here. We publish dozens and dozens of politics-only news stories every hour. Click here to get to know more about your politiko - from trivial to crucial. it's our commitment to tell their stories. We follow your favorite POLITIKO like they are rockstars. If you are the politiko, always remember, your side is always our story. Read more. Find out more. Get the latest news here before it spreads on social media. Follow and bookmark this link. https://goo.gl/SvY8Kr

In a statement, Gatchalian called out Casilao for saying the CA has no reason to put off Taguiwalo’s confirmation because she is qualified to become a Cabinet official.

“It is not for him (Rep. Casilao) to say na subok na ang nominee for it is the sacred duty of all members of the commission to scrutinize each and every nominee as required by the rules of the commission,” the lawmaker said, adding that the CA has internal rules to follow and is not beholden to any group.

Gatchalian, a member of the CA, said it was improper for a fellow colleague to interfere in the affairs of an independent and constitutional body.

He said that while discussion on Taguiwalo’s confirmation had been on the CA’s recent agenda, there was no ulterior motive as to why the hearing for this had to be moved to a later date.

The CA said Taguiwalo is likely to be bypassed once again as Congress is set to go on break next month.