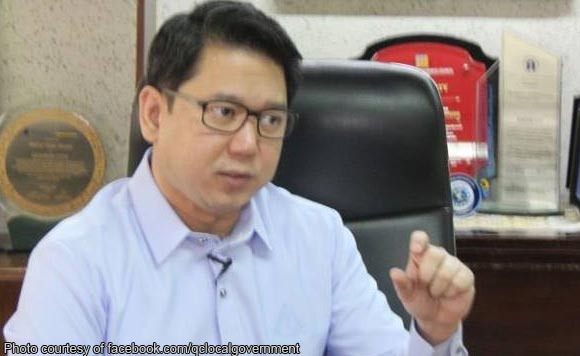 0 569
Share
Want more POLITIKO News? Get the latest newsfeed here. We publish dozens and dozens of politics-only news stories every hour. Click here to get to know more about your politiko - from trivial to crucial. it's our commitment to tell their stories. We follow your favorite POLITIKO like they are rockstars. If you are the politiko, always remember, your side is always our story. Read more. Find out more. Get the latest news here before it spreads on social media. Follow and bookmark this link. https://goo.gl/SvY8Kr

The Quezon City government once again displayed its firm will and resolve the solving illegal drug problem, particularly with local Muslim communities.

With the guidance of Mayor Herbert Bautista, the Quezon City Muslim Consultative Council bared on Wednesday (May 10) at the Quezon City Experience Museum its intention to launch the community drug clearing program.

He said Mayor Bautista has given specific instructions for the program to be able to empower people through the Barangay Anti-Drug Advisory Council and make it easier for them to work with law enforcement agencies.

The city’s drug clearing program, overseen by the Quezon City Anti-Drug Abuse Advisory Council, will complement the MASA MASID program of the Department of the Interior and Local Government (DILG).

Jaymalin said a focal person from each of the seven Muslim communities will be given the task to report any drug-related activity, like the manufacture and storage of illegal drugs.

The communities will also be sub-divided into clusters for better program management.

The community leaders, together with representatives of the Quezon City Police District, the Philippine Drug Enforcement Agency and the National Commission on Muslim Filipinos, signed a covenant showing their support to the city’s anti-illegal drugs campaign.

Vice Mayor Josefina Belmonte-Alimurung, chairman of the QCADAAC and QCPD director, and Chief Supt. Guillermo Eleazar, were also present in the event.