Will Belmonte jump to PDP-Laban too? His daughter answers 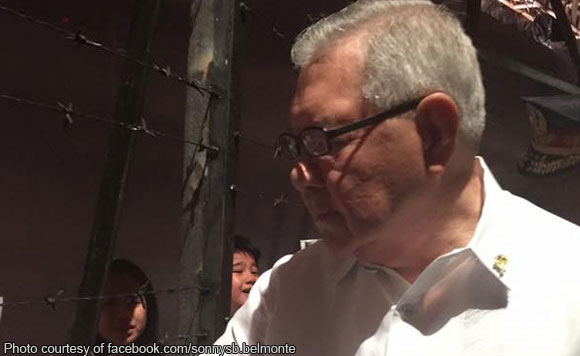 0 640
Share
Want more POLITIKO News? Get the latest newsfeed here. We publish dozens and dozens of politics-only news stories every hour. Click here to get to know more about your politiko - from trivial to crucial. it's our commitment to tell their stories. We follow your favorite POLITIKO like they are rockstars. If you are the politiko, always remember, your side is always our story. Read more. Find out more. Get the latest news here before it spreads on social media. Follow and bookmark this link. https://goo.gl/SvY8Kr

This appears to be the question of the moment after his daughter, Quezon City Vice Mayor Joy Belmonte made the switch from LP to PDP-Laban Wednesday (May 10).

However, Vice Mayor Belmonte herself said there won’t be such shocking transfer as her dad plans to retire as a member of the yellow party.

Congressman Belmonte, who represents the fourth district of Quezon City, is on his third and last term, which will end in 2019.

The are only 27 LP members left in the HOR, 22 of whom are with the PDP-Laban led Supermajority. The elder Belmonte, a widower, is one of them.

Earlier Wednesday, 10 House members defected to PDP-Laban. Five of the 10 came from the LP.