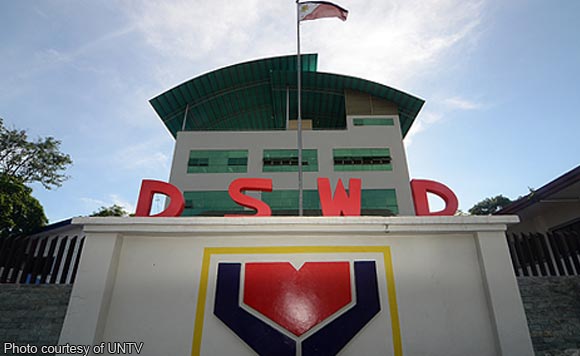 0 665
Share
Want more POLITIKO News? Get the latest newsfeed here. We publish dozens and dozens of politics-only news stories every hour. Click here to get to know more about your politiko - from trivial to crucial. it's our commitment to tell their stories. We follow your favorite POLITIKO like they are rockstars. If you are the politiko, always remember, your side is always our story. Read more. Find out more. Get the latest news here before it spreads on social media. Follow and bookmark this link. https://goo.gl/SvY8Kr

State auditors scored the Council for the Welfare of Children (CWC) for failing to allot enough budget for its gender and development (GAD) program in 2016.

In its 2016 annual audit report, the Commission on Audit (COA) said the CWC only allotted P1.98 million for its GAD Annual Plan, representing only 4.08 percent of its total 2016 budget of P48.456 million.

COA said the required allocation under the law is five percent of the total budget.

The failure of the CWC to allocate the required funding only meant that the CWC would not be able to fully maximize the use of the allowable GAD budget, COA said.

“The failure of CWC to allocate the required funding and thereby not being able to maximize the use of the allowed GAD budget, the appropriate program/projects/activities related to GAD were not undertaken,” COA said.

COA recommended the CWC management to provide sufficient budget allocation for the formulation and implementation of its GAD Plan in accordance with the requirements of the General Appropriations Act.

The CWC is an attached agency of the Department of Social Welfare and Development mandated to formulate and evaluate policies, and coordinate and monitor the implementation and enforcement of all laws and programs for children.

According to Republic Act 9710 or the Magna Carta for Women, the GAD programs should represent at least five percent of the agency’s total budget appropriation.

According to a Joint Circular No. 2004-01 among the Department of Budget and Management (DBM), National Economic and Development Authority (NEDA) and the Philippine Commission on Women (PCW), “Pursuant to the annual General Appropriations Act, agencies are tasked to formulate a GAD plan and to implement the same by utilizing at least five per cent (5%) of their total budget appropriations.”

Post Views: 61
Continue Reading
Commission on AuditCouncil for the Welfare of ChildrenDepartment of Budget and Managementgender and developmentGeneral Appropriations ActMagna Carta for WomenNational Economic and Development AuthorityPhilippine Commission on Women
0 665
Share
Politiko would love to hear your views on this...
Trending News
More Stories