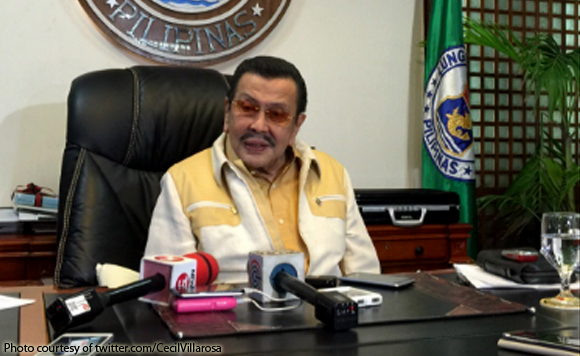 0 471
Share
Want more POLITIKO News? Get the latest newsfeed here. We publish dozens and dozens of politics-only news stories every hour. Click here to get to know more about your politiko - from trivial to crucial. it's our commitment to tell their stories. We follow your favorite POLITIKO like they are rockstars. If you are the politiko, always remember, your side is always our story. Read more. Find out more. Get the latest news here before it spreads on social media. Follow and bookmark this link. https://goo.gl/SvY8Kr

As the summer season further heats up, Manila Mayor Joseph “Erap” Estrada urged Manileños to take precautionary measures when going outdoors because of the increasing threat of heat stroke.

Estrada tasked the Manila Health Department (MHD) to conduct information campaign in the barangays to educate the residents, especially the children, about heat exhaustion and other summer-borne diseases such as sore eyes, prickly heat, and chicken pox.

He also wants to train them in administering first aid in emergency cases.

“We won’t get tired reminding everyone to take care of themselves during this hot season,” the Manila mayor said.

“Heat stroke is not something to be taken for granted because it could cause you your life,” he added.

Estrada made the assurance that the city’s 6 public hospitals and 59 community health centers, including rescuers and paramedics, are ready to respond to all kinds of medical emergencies.

Similarly, Estrada ordered the Manila Police District, Manila Traffic and Parking Bureau, and other concerned city hall departments to work out a system that would minimize their field personnel’s exposure to the sun and heat during daytime, particularly at high noon.