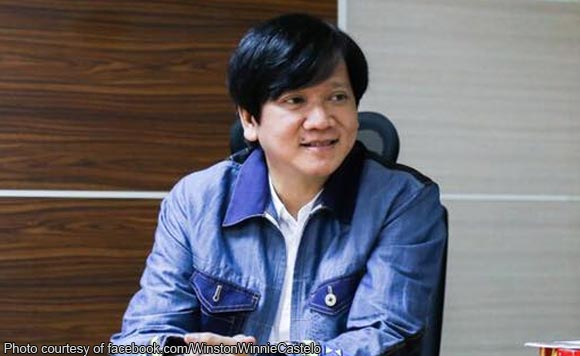 0 650
Share
Want more POLITIKO News? Get the latest newsfeed here. We publish dozens and dozens of politics-only news stories every hour. Click here to get to know more about your politiko - from trivial to crucial. it's our commitment to tell their stories. We follow your favorite POLITIKO like they are rockstars. If you are the politiko, always remember, your side is always our story. Read more. Find out more. Get the latest news here before it spreads on social media. Follow and bookmark this link. https://goo.gl/SvY8Kr

Quezon City 2nd district Rep. Winston Castelo thinks that President Rodrigo Duterte’s “zeal” in fighting illegal drugs should by copied by neighboring countries in the Association of Southeast Asian Nations (ASEAN), if not the world.

This, after Duterte appeal to his fellow ASEAN leaders Saturday to push for a drug-free bloc.

“We must be resolute in realizing a drug-free ASEAN… I have seen how drugs have ended hopes, dreams, future and even lives of countless people, especially the youth,” the President was quoted by ABS-CBN news as saying during the opening of the 30th ASEAN Summit.

To his, Castelo said: “The zeal of our President in dealing with drugs should be pursued in the Asean region.”

“Transit points should be curbed. International drug enforcement should be activated,” the solon added.