8 NCR roads to be repaired this weekend 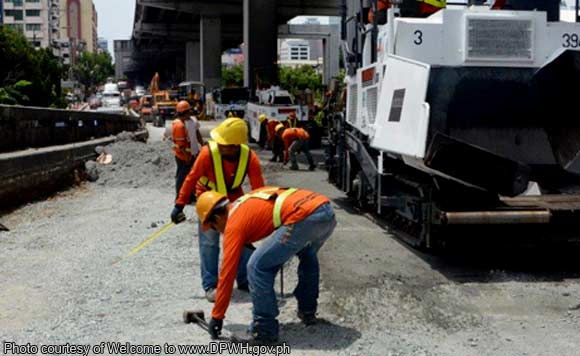 0 560
Share
Want more POLITIKO News? Get the latest newsfeed here. We publish dozens and dozens of politics-only news stories every hour. Click here to get to know more about your politiko - from trivial to crucial. it's our commitment to tell their stories. We follow your favorite POLITIKO like they are rockstars. If you are the politiko, always remember, your side is always our story. Read more. Find out more. Get the latest news here before it spreads on social media. Follow and bookmark this link. https://goo.gl/SvY8Kr

Motorists may want to steer clear of eight roads in Metro Manila this weekend as they will undergo repair and reblocking by the Department of Public Works and Highways.

The DPWH Metro Manila office said the repair and reblocking will cover roads in Quezon, Makati, Pasig, and Valenzuela Cities.

DPWH Metro Manila Director Melvin Navarro said the repairs will start 11 a.m. of Friday, April 28, until 5 a.m. of Monday, May 1.

Covered by the repair works are: