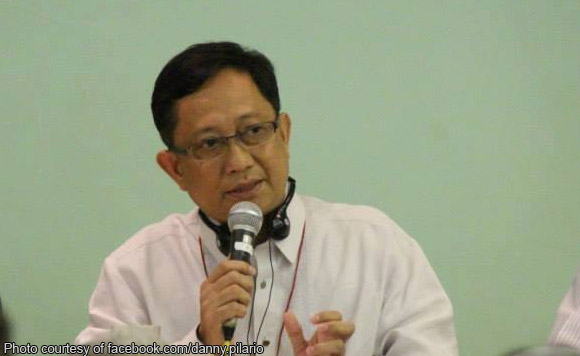 In the name of God, stop the killings,” said a Quezon City-based priest on Good Friday as he called for an end to deaths in the war against illegal drugs.

Fr. Daniel Franklin Pilario, a parish priest in Payatas, Quezon City, was one of those who reflected on the traditional “Siete Palabras” or reflections on the Last Seven Words of Christ on the Cross on Good Friday at the Cebu Metropolitan Cathedral in Cebu City.

Pilario, who is also the dean of studies at the St. Vincent School of Theology in Quezon City, reflected on Jesus Christ’s first word, “Father, forgive them, for they know not what they do.”

Pilario said his assignment in the communities near a garbage dump gave him the opportunity to meet widows and children of those believed to have been drug users or pushers who were gunned down by police forces in the war against illegal drugs.

He said 30 of their parish members have become “victims” of the bloody war against illegal drugs.

Pilario said the latest life lost in this bloody war died only last Holy Tuesday, when he was preparing for his trip to Cebu.

Pilario said the widows are left to raise the children that were left behind by those who were killed in this bloody war.

He said some children will live with the trauma of having seen their fathers killed right in front of them.

He said the children of those who were killed may also be in danger of becoming murderers themselves.

“If these killings do not end, what kind of society do we have? Until then, we have a society that kills. And if this continues to happen as it is happening now, may God have mercy on us,” he said. (PNA)