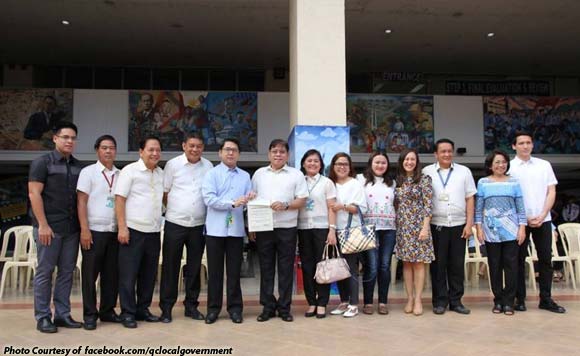 Barangay San Bartolome was selected as one of the top three finalists for the National Level of LTIA.
The Barangays that were accorded the BSGH garnered high ratings on the following four categories: transparency, accountability, policy implementation and fund management.

Barangay Greater Lagro and Barangay Holy Spirit Dangal were given the Dangal ng Lungsod award, the highest level of BSGH. These are given to barangays that managed to earn a rating of above 81 percent during the assessment of the technical working group (TWG).

Each of these villages received a cash award of P500,000.

Barangays Damar, San Bartolome, Sagandaan and UP Campus were given the Huwarang Pamamahala Award, the second level of BSGH. These barangays garnered a rating of at least 80 percent. Each Barangay received a cash award of P200,000.

The LTIA was established in 1997 pursuant to Section 406 (b) of the Local Government Code of 1991 as a means to grant economic benefits and other incentives to the Lupong Tagapamayapa that displayed exceptional performance in settling disputes at the grassroots level.