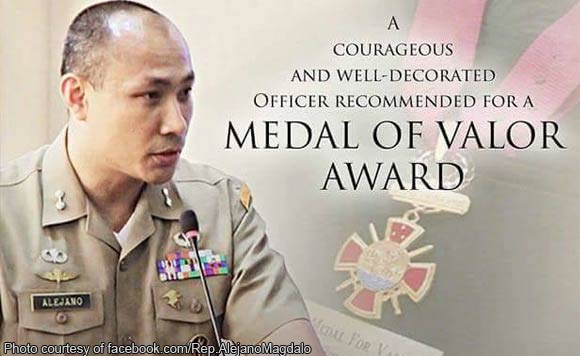 Gary Alejano has battled it out with all the rebel groups which the administration is trying to reconcile with.

Devoted fans of President Rodrigo Duterte may call him all sorts of names — with sundalong kanin (useless soldier) likely the most hurtful of all — but Alejano knows how much he has given in the service of the country.

The Magdalo party-list representative laid out the many accolades he received as a a member of the Armed Forces of the Philippines, and even shared his thoughts on how it is to literally place his life on the line while combating rebel groups like the Abu Sayyaf and the New People’s Army (NPA).

He even went as far as questioning what Duterte has done that could equal his sacrifices in the name of peacekeeping.

Alejano filed an impeachment complaint versus Duterte on March 16. The word war continues!