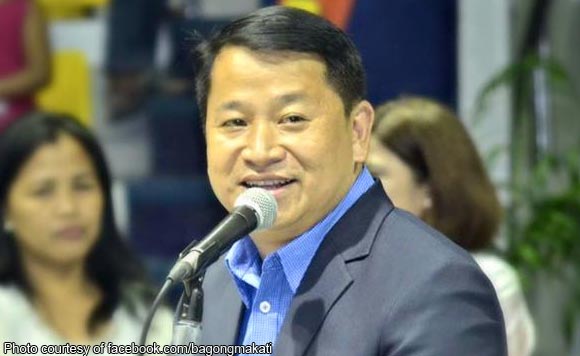 The city government of Makati has filed a second complaint against former Acting Makati Mayor Romulo “Kid” Peña for his “blatant disregard of the law” in issuing Letters of Appointment affecting the promotion and transfer of personnel during the election period.

Camiña cited in his letter three city employees promoted and transferred by Peña whose appointments were subsequently invalidated by the Civil Service Commission (CSC) for being “not in order.”

Based on records of the city Human Resource Development Office (HRDO), Jeffrey M. Samson, Clerk III under the Education Department, was transferred to the HRDO with the position of Administrative Assistant VI-Clerk III effective February 1, 2016.

Comelec Resolution No. 9981, promulgated on August 18, 2015, prescribed the election period from January 10, 2016 to June 8, 2016. Under the Omnibus Election Code, the transfer or movement of personnel in the civil service during election period is prohibited, except with prior authority from Comelec.

“Accordingly, we request your assistance on the matter, and trust that you will file the necessary actions to sanction Peña’s blatant disregard of the law,” Camiña said.

If found guilty, Peña faces a penalty of imprisonment of not less than one year but not more than six years, and shall not be subject to probation.

In addition, he faces disqualification to hold public office and deprivation of the right of suffrage, under Section 264 of Article XXII of the Omnibus Election Code.

Last February 22, the city legal officer filed his initial letter of complaint with Comelec against Peña, citing five personnel who were illegally promoted and transferred to other departments.

Camiña noted that during his short stint as Acting Mayor, Peña appointed, promoted and transferred city government personnel but most of these have been invalidated by the CSC as they were made during the Election Period.

As of November last year, the HRDO had recorded a total of 326 ‘midnight appointments’ issued by Peña revoked by the CSC for violating the Election Ban. These included 114 promotions, 175 regularization, 29 casual appointments, one reemployment and one original appointment.

A personnel review audit conducted by the new administration immediately upon assumption into office revealed that the Peña administration had bloated the city payroll with over 1,300 hirees. From July 1, 2015 to June 30, 2016, they hired a total of 1,218 additional casuals, 22 contractuals and 78 consultants.