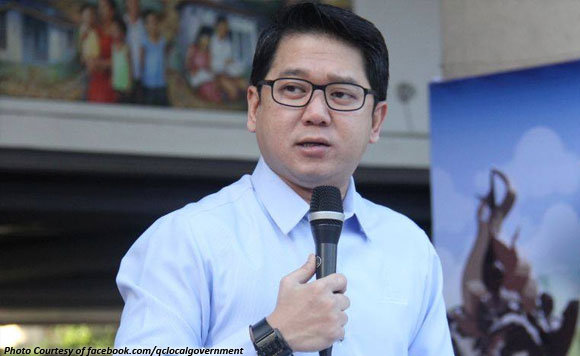 0 604
Share
Want more POLITIKO News? Get the latest newsfeed here. We publish dozens and dozens of politics-only news stories every hour. Click here to get to know more about your politiko - from trivial to crucial. it's our commitment to tell their stories. We follow your favorite POLITIKO like they are rockstars. If you are the politiko, always remember, your side is always our story. Read more. Find out more. Get the latest news here before it spreads on social media. Follow and bookmark this link. https://goo.gl/SvY8Kr

Mayor Herbert ‘Bistek’ Bautista has called on single parents residing in Quezon City to register at the City Hall so they may access information, benefits, and privileges earmarked for them under the Solo Parents’ Welfare Act.

Under Republic Act 8927, otherwise known as the Solo Parents’ Welfare Act of 2000, a solo parent should enjoy flexible work schedule, parental leave for not more than seven days every year to any solo parent employee who has rendered at least one year of service, educational benefits for their children, housing benefits, livelihood programs and medical assistance.

In line with the implementation of the Solo Parents’ Welfare Act, Bautista signed into law City Ordinance 1807-2007 which encourages the registration of solo parents residing in the city.

As provided for under the measure, all QC barangays were directed to inform solo parents to register to their respective barangay halls.

The City’s Social Services Development Department (SSDD) headed by Teresa Mariano, has been tasked to oversee the implementation of programs and services for solo parents in Quezon City.

The city government has also been sponsoring the enrollment of solo parents for medical care insurance under Philhealth.