Bistek: Benham Rise issue is another reason for Cha-Cha 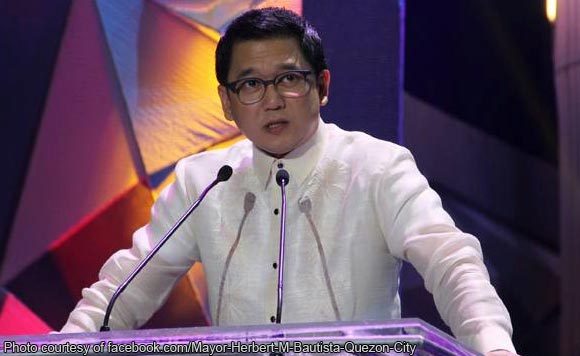 Including the Benham Rise in the Philippine Constitution’s definition of the country’s national territory would further strengthen its claim to the resource-rich undersea landmass, Quezon City Mayor Herbert ‘Bistek’ Bautista said on Wednesday (March 15).

“The Philippine Constitution was ratified 30 years ago, way before the approval by the UN of our undisputed claim that Benham Rise is part of the Philippine continental shelf and territory,” Bautista told reporters on the sidelines of the Commission on Appointments deliberations on the promotion of senior military officials.

“This gives us another reason to amend the Constitution and make it attuned to the times,” he added.

Incidentally, President Rodrigo Duterte’s administration is pushing for Charter Change (Cha-Cha) under its end goal of switching to a federal type of government.

Bautista, who was recently promoted to full colonel in the reserve force of the Philippine Army, was among the senior military officials whose promotion was subjected to congressional scrutiny.

He articulated his views on the Benham Rise issue in informal talks that preceded the CA deliberations and confirmation hearing.

“China probably saw this gap in our definition of our national territory that’s why they’re now testing the waters as to how we’d mount our legal defenses,” Mayor Bautista said.

Baka bumaha! Isko Moreno orders emergency teams to be on…